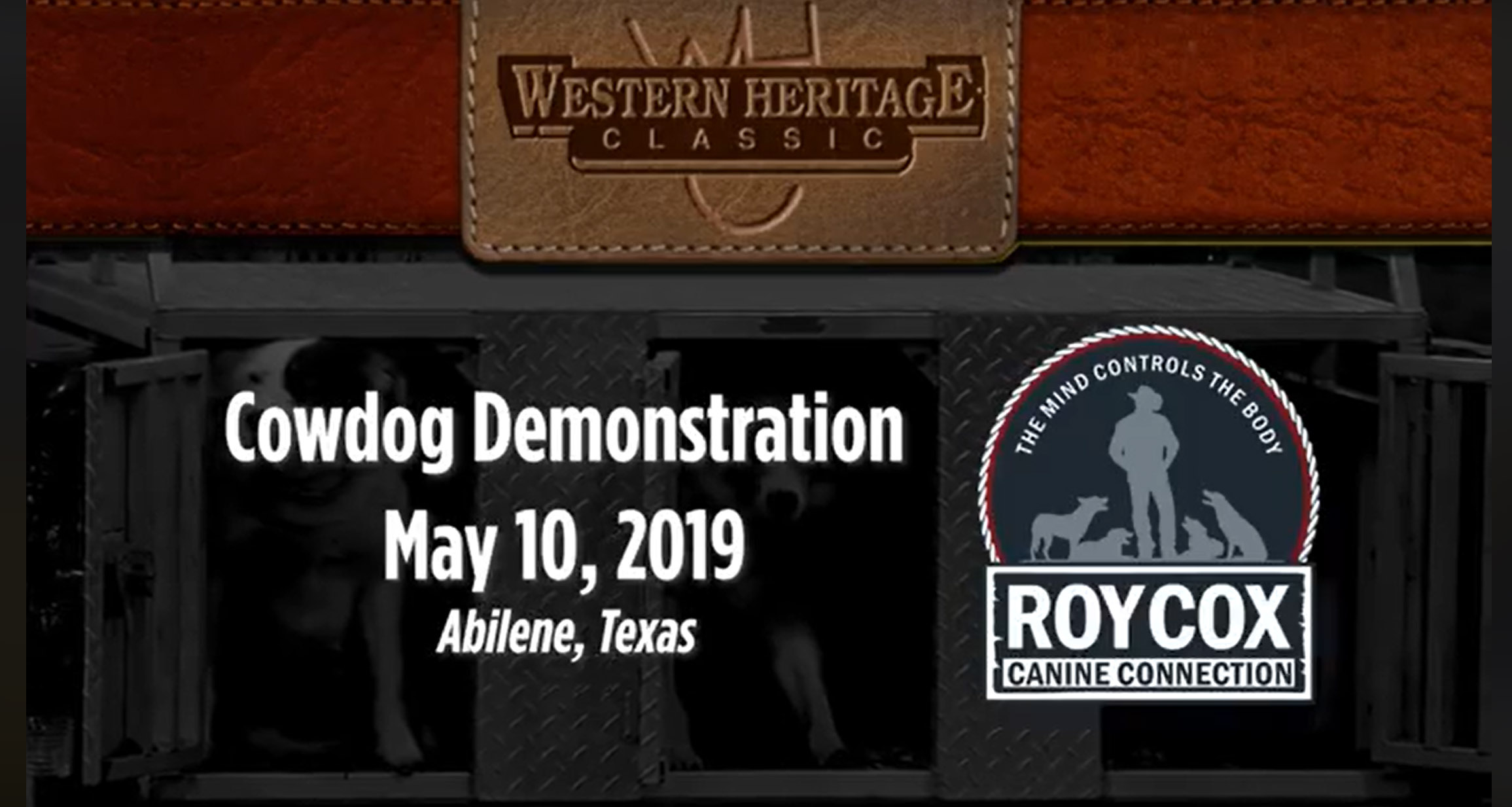 In mid-March 2018, Roy Cox conducted one of many clinics scheduled for that year. Roy’s availability fluctuates based on a number of things, but you can always check out this website to see if any clinics or other events are scheduled. 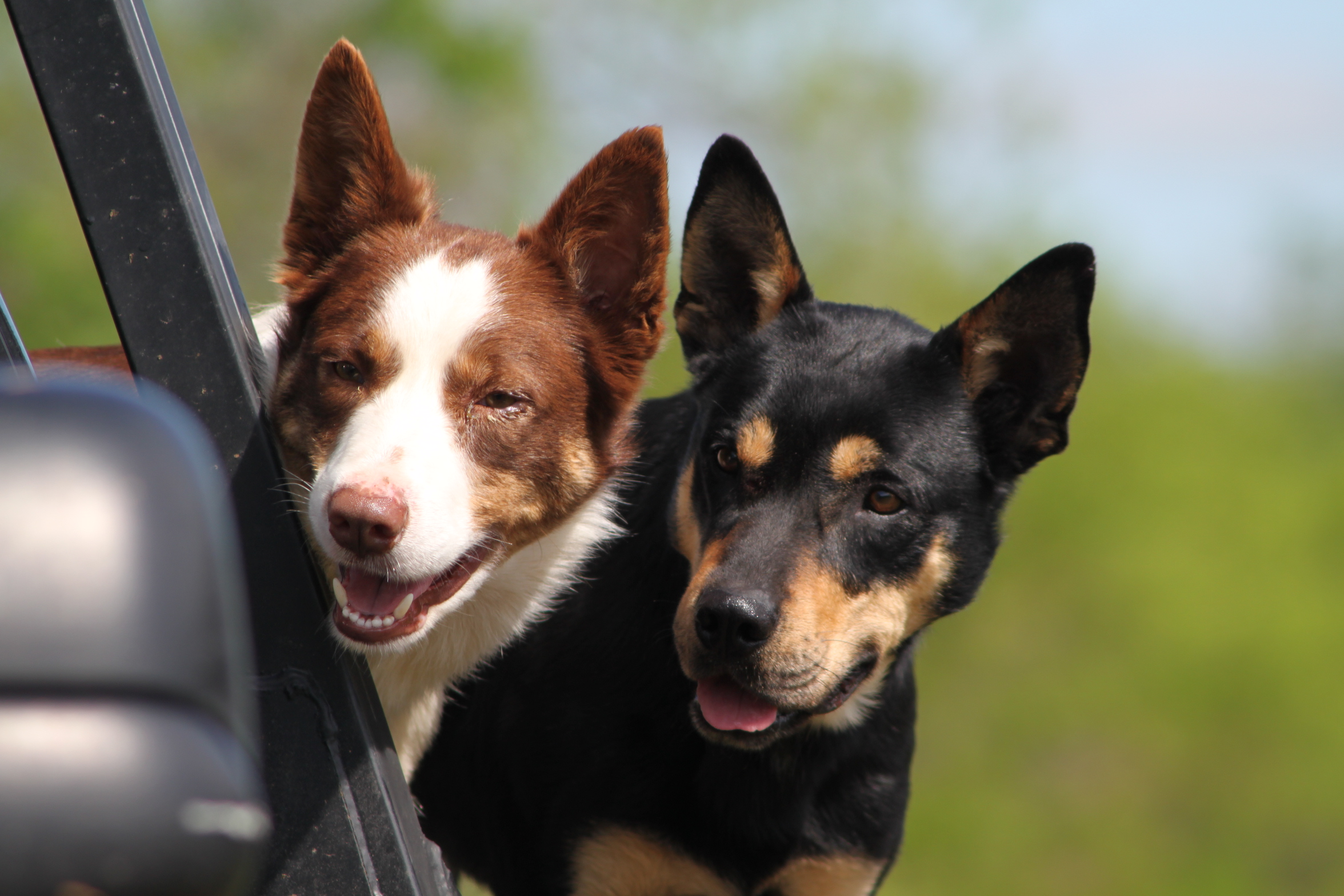 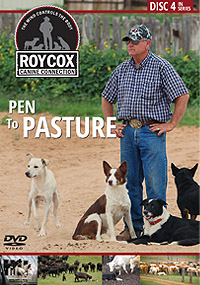 It’s taken longer than anyone wanted it to, but DVD #04 is now available for sale online.

It’s also now available in the COMBO SET purchases. See ALL of the training material options and combo packs.

Fort Worth, Texas, Dec. 9. 2015 – On Wednesday, December 9th, Jake, a March 2013 male border collie trained by Roy Cox, sold at the Western Blood Stock Select Dog Sale for a record $27,500. Fort Worth resident, “Bobby” Patton, Jr., purchased Jake and will receive a week’s worth of support from Roy Cox as the dog is transitioned to his new owner. It is believed that this is a new record for the amount paid for a cattle dog. Jake is the same cattle dog that earned the spotlight earlier in 2015 as part of the Western Heritage Classic demonstrations in Abilene, Texas.

Also part of the same sale, Kevin Radford & Randal Walker received $21,500 for their dog Cable. T.J. Collett got $7,000 for Champ and Jeannie Allen got $5,400 for Oscar. This was Collett and Allen’s first appearance in the Western Blood Stock Select Dog Sale. Cattle dog trainer, Ross Bryant, was forced to withdraw his dog, Chief, from the sale this year after the dog was injured. Bryant helped provide first-hand knowledge and commentary during the 2015 sale. During last year’s sale, the top price was paid for the dog presented by Bryant.

Official information about each of the 2015 sale dogs is available online at:
http://westernbloodstock.com/sales/fut2015/dogs.pdf

ABOUT ROY COX CANINE CONNECTION:
Roy Cox is considered by many to be one of the top cattle dog trainers in the world. Roy has been working with cattle dogs his entire life. In 2012, he launched his formal website and started developing and selling training materials. He has gained notoriety as he has produced and distributed training materials to help others better understand his methods. Many of those trainers involved in the Western Blood Stock Select Cattle Dog Sale have used and benefited from Roy’s methods.

Here’s a video of JAKE working. Check it out along with the other dogs up for sale.

It’ll be in Vernon, Texas.

Check out the event page. 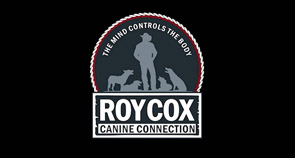 Had a great meeting with Roy and George this past Friday. We were working on how best to shot the remaining video needed for DVD#4 and planning our approach to DVD#5 which is the last disc in our current series.

During that meeting, Roy provided some raw footage of him working 8 dogs simultaneously. This is just for fun… not part of the 5-disc DVD training series. Here’s the edited version of what Roy shot, minus all of the wind noise! Hope you enjoy it.

Click on the image below to see the full resolution version.

Check out this interview with Roy.

Put it on your calendars!

This coming Tuesday, December 9, 2014, there will be a Roy Cox Stock Dog Sale immediately after the Trained Cutting Horses (2 & 3-year-olds) at the NCHA FUTURITY CUTTERS & PROSPECTS SALE @ the W.R. Watt Arena in Fort Worth, Texas.

Roy is scheduled to sale “Snow!” Come place your bid on this incredible athlete and help-mate.

Who is this Roy Cox guy?! 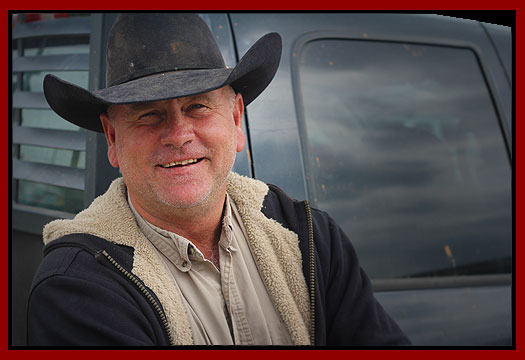 may start out by only wanting to better understand and use Roy’s methods for producing great cattle dogs. But once you get to know the man, you’ll appreciate him for much more than just being a great dog trainer.

Roy Cox was born in January 1961 in Wallsend, South Wales Australia. He grew up and lived there for 18 years of his life. Even during his younger years, Roy’s family enjoyed having dogs. Leaving school at the age of 14, he became an apprentice to a butcher for four years of his life. At the end of those four years, he moved to the United States to Oklahoma where he began to work for a cutting horse trainer.

While working there, Roy got his first dog, which was half Blue Heeler, half Border Collie. He used this dog to pin the cutting cattle. His dog training began with this dog, Rat. After working in Oklahoma for six years, Roy moved to North Texas to train horses for EE Ranches.

During this time, Roy also began to import Kelpies from Australia. After working for EE Ranches for another six years, Roy bought a little place in Thackerville, OK. Roy then began to train dogs full time. Along the way, Roy began to develop his method for training dogs.

Roy then began the process of starting the Red River Cattle Dog Association where he served as the original president and continued to hold a position on the board of directors. Competing in the competitions held by the Red River Cattle Dog Association, Roy won the award “Reserve Dog of the Year” four times during the 1990’s and early 2000’s. Roy also competed in the “World Cattle Dog Challenge” in Alturas, California, and won reserve dog two years in a row.

As Roy continued his involvement with developing and supporting the cattle dog community, Roy held a position on the board of directors for the Lone Star Cattle Dog Futurity, and helped to design some of the courses used in competitions. Competing in those same competitions, Roy won the Futurity twice with two different dogs.

In 2014, Roy Cox was honored to be the host of an annual cattle dog sale as part of the Futurity held in Fort Worth each December. In 2015, Roy set a record selling a dog for over $27,000. Check out the announcement. Each year a handful of high-end cattle dogs are auctioned at this event, all of which were trained using Roy’s methods.

Roy currently lives in Oklahoma where he works dogs and travels to conduct clinics.